A DCAA auditor recently contacted a client with a concern about their incurred cost submission for 2014, The auditor asked the following (contract information redacted):

Answering this type of question is a conversation I try to have over the telephone or in person. I avoid putting our response in writing due to the fear of focusing the adequacy discussion on the government and not the contractor.

I telephoned the auditor and she immediately agreed with my response but insisted that I reply in writing to provide a record of the response. This is when I guessed that the question originated with her supervisor and not herself. Apparently, a supervisor who survived the DCAA Internal 2008 Adequacy Crisis and is now a supervisor.

“DCAA auditors are awarded professional judgement by an Act of Congress”

Of course on a practical level, my opinions mean very little. Contractors and consultants try to accommodate DCAA and their inadequacy as much as possible. I personally construct incurred cost submissions that, on the surface, appear to look like the Model ICE. I send the submissions in Microsoft Excel but I remove all of the links and formulas (This last step I finally took a couple of years ago after a DCAA Supervisor kept screwing up the links and demanding that we resubmit them ‘correctly’).

The Schedule I has always been the weak link in this approach because of the extensive design flaws and implementation issues I outlined in the previous articles.  These flaws make this form, DCAA’s Models Schedule I, difficult for both DCAA and contractors to work with. There are the GAAP problems, the omission problems, and the certification problems that just run across the entire form.

I sit here and look at the Model Schedule I and ponder what lines, both literally and figuratively, I should draw in an effort to move this forward. The figurative line means it is perhaps time to complain to the DOD OIG about this matter, about violations of the Paperwork Reduction Act, and exceeding their regulatory authority.

The literal line is the following implementation of a revised Schedule I:

I consider these minor changes but I am sure there will be too many DCAA auditors who will argue otherwise?

What are your thoughts? 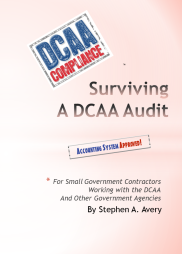 Let’s step back for a moment and look the DCAA Model ICE as a whole. First let us look at a couple of facts, absolute facts.

Given these facts, I will draw the following opinions:

I will conclude this series on the Schedule I with final article: “I Realize My Opinion Might Not Matter, but I am Going to Provide One Anyway”. 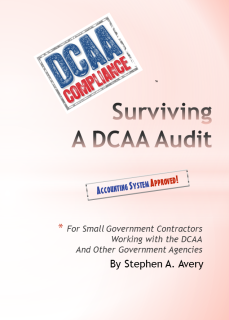